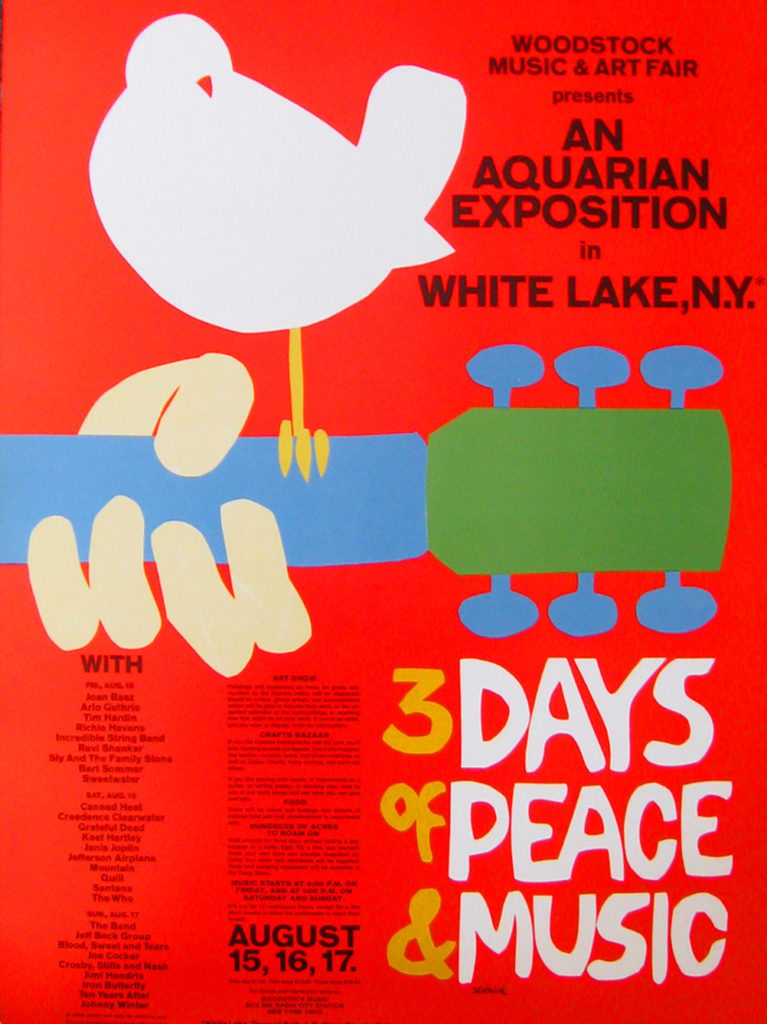 A Celebration of Rock and Roll Poster Art – Bethel Woods 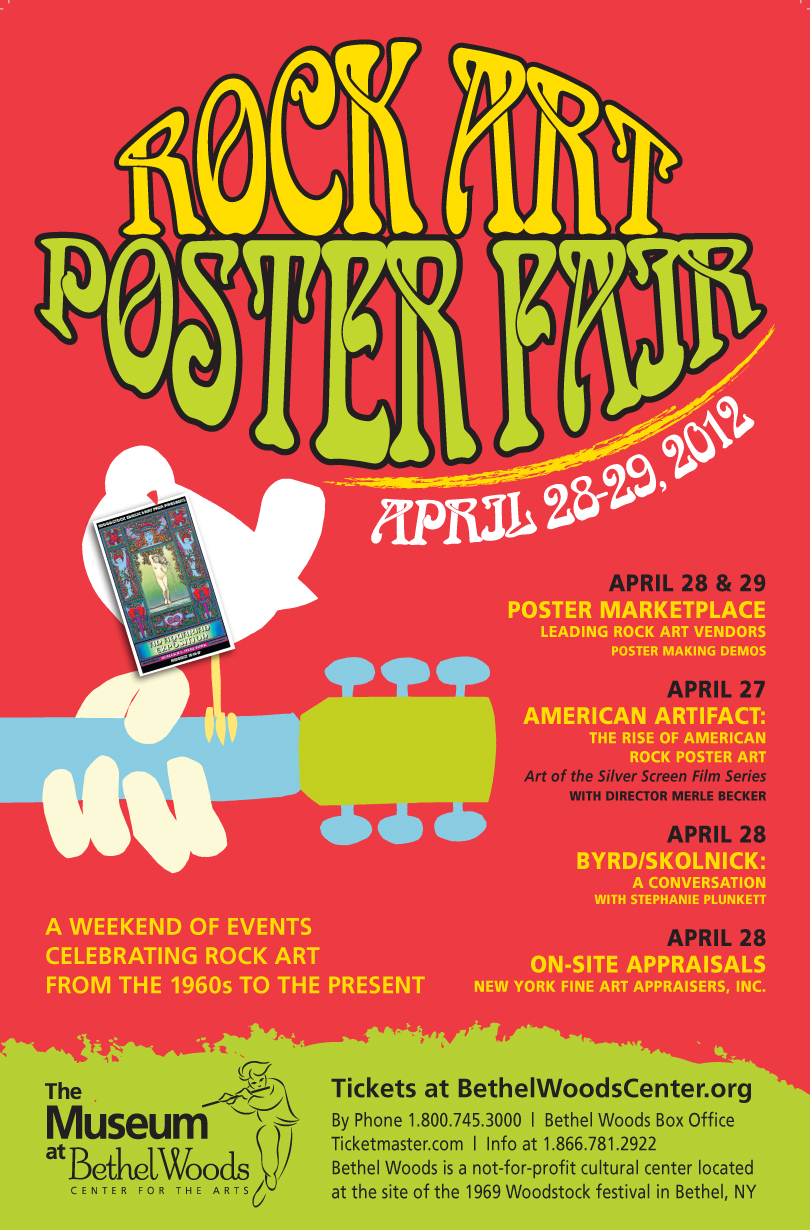 Our friends at the Bethel Woods Center for the Arts are putting together a fantastic weekend celebrating the artistry and history of rock & roll posters, including a talk by Arnold Skolick and David Edward Byrd.  Click here for more details and a schedule of events.  And be sure to visit the International Poster Gallery website for more information on our large collection of 1960s rock & roll posters, including hand signed copies of Skolnick’s original Woodstock poster.