Do you have Winter Wanderlust?

Vintage posters for exotic vacation destinations and a selection of general works are on display at International Poster Gallery just in time for the holidays! From the sun-drenched French Riviera to the icy peaks of the Alps, there’s something for everyone in the gallery’s 19th annual holiday poster exhibition.

Winter Wanderlust is free and open to the public, and is on view December 1 – January 30 at our Newbury Street Gallery.  We hope to see you there! 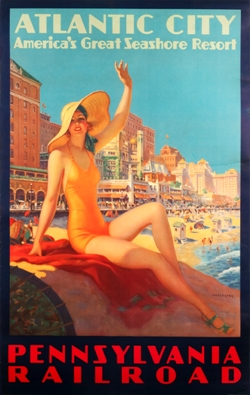 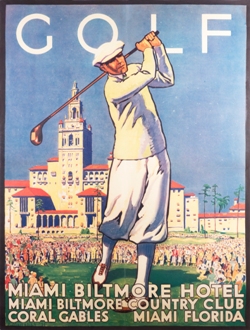 The prestigious Biltmore Hotel opened in 1926, and its tower was the tallest building in Florida at the time. It boasted the largest pool in the world, and the golf course (Johnny Weissmuller was the resident pro) was designed by the legendary Donald Ross, whose 600 golf courses established the nascent golf industry in the US.

This extremely rare poster likely was created to promote the hotel as the Depression took hold in 1931. A classic in every sense.

We are thrilled to have this new acquisition in our summer travel poster show! 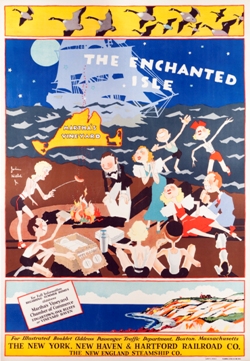 New Englanders, this one is for you!

Few artists define an era more than John Held, Jr., whose cartoon humor of the flapper era is still well recognized today. His images of Betty Coed and Joe College graced the pages of the New Yorker, Harpers Bazaar and Vanity Fair, showcasing the lifestyle of the new generation while often poking fun at its out-of-touch elders.

Held made only a few posters, a wonderful small group for the New Haven Railroad in the Twenties and Thirties that were a big hit. His humorous poster of a moonlit weenie-roast on a beach at Martha’s Vineyard features his unmistakable caricature style and is one of the most sought after images of the island. 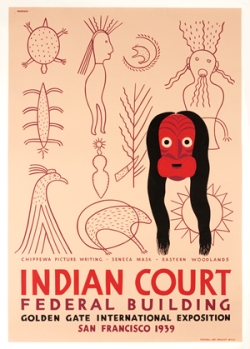 This beautiful set of silkscreens is one of the most famous poster series of the WPA period, and we’re excited to include two of them in our summer travel show.