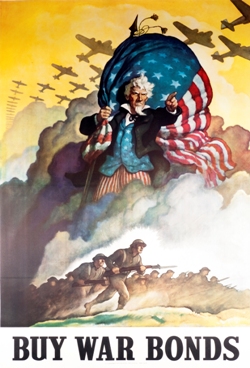 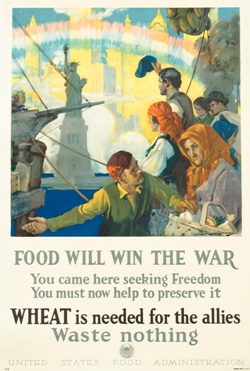 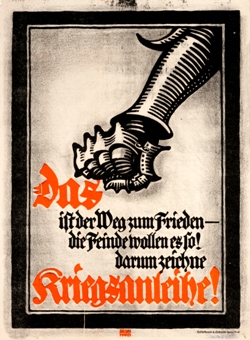 This design by famed German posterist Lucien Bernhard uses the power of Teutonic symbols to create one of the most visceral posters of World War I. The mailed fist of a German knight comprises the entire illustration – malevolent, depersonalized and full of anger. The rawness of the traditional Gothic text perfectly matches the emotional tenor of the fist above it.

Created towards the end of the war, this poster reflects not only the iron-willed resolve to fight to the finish but also conveys the national frustration with the endless deadlock of trench warfare — and a desire for peace. 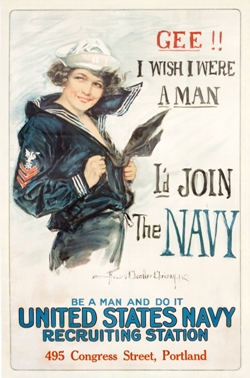